I couldn’t help myself. This is going to be fun! ##haunteddollhouse ##halloween

My personal October project was to transform this Fisher Price Dollhouse into a Gothic Haunted Mansion in time for Halloween. Either this year is zooming by or it was more time intensive than I thought it would be but here we are. I did not yet get to the inside of the dollhouse but perhaps that is a project for next year.

I got these foam carve-able pumpkins at Dollar Tree and I wanted to do a small floral pumpkin thing with them. The stems of the pumpkins broke off so it worked out for me. 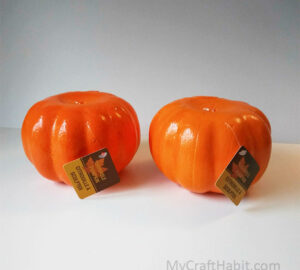 I painted one of them with white acylic paint. I had to use a few coats because the neon orange was hard to cover up. After a few coats however it had a pinkish hue to the white which I really liked and I think went well with the flowers. The also had a paint color called “Oatmeal” which I liked for that rustic look. I painted the second one white first to cover up the orange and then a few coats of the Oatmeal color and it turned out better than I expected. The oatmeal color went better with the darker color flowers and overall had a really nice effect. 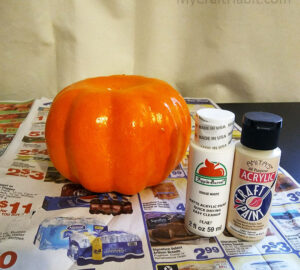 The flowers I had lying around and most of them are from the dollar store, or if not i found them at garage sales. I have them in literal bags in my closet. Here is a post about my obscene amount of cheap fake flowers and how I store them (spoiler: in large bags from Dollar Tree) 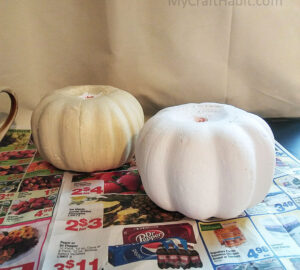 I was so happy about how these turned out. I think they are going to look great with my fall decorations. 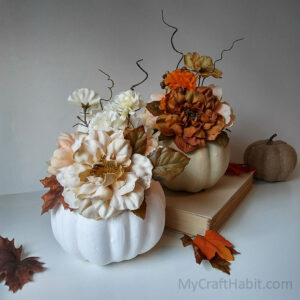 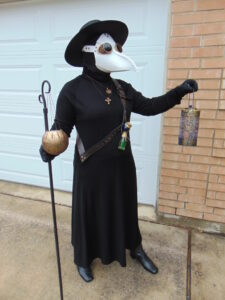 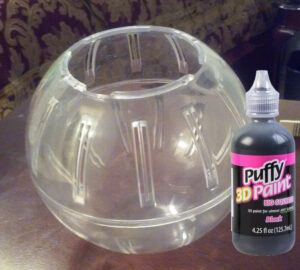 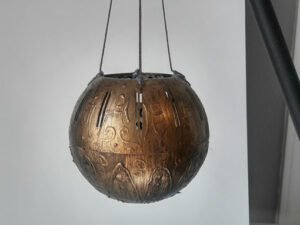 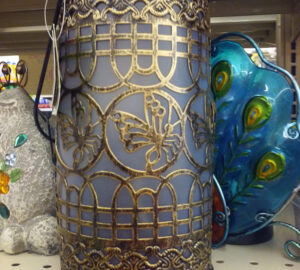 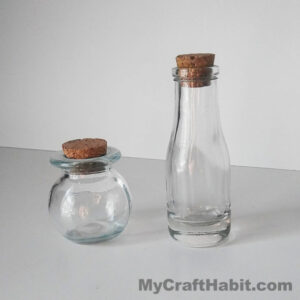 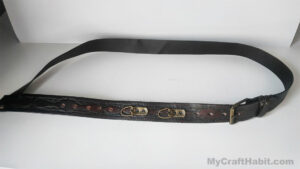 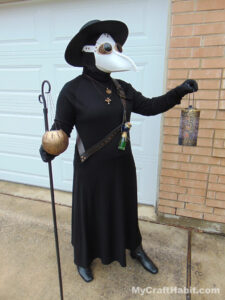 My daughter wanted to go as a plague doctor for Halloween last year. I usually make her costumes but this was an exceptionally involved costume. I did my best to document the process which I didn’t have the forethought to do with her other insane costumes.

This was the most time consuming portion of the costume, but it was something that I wanted to get “right” otherwise the whole thing would end up looking hokey. I didn’t know if I was going to attempt to make it or just find one to buy. I ended up making because the good masks were way out of my price range for one night of wear.

I ended up buying a pattern off etsy and it was worth it. I will link it here: Plague Doctor Mask Pattern.

The pattern calls for leather… there was no way I was making anything out of leather here so I decided to try my hand at sewing craft foam. You heard me right… sewing craft foam. It is a lot more delicate than leather would have been but also more lightweight. I got the extra thick 3mm foam sheets. 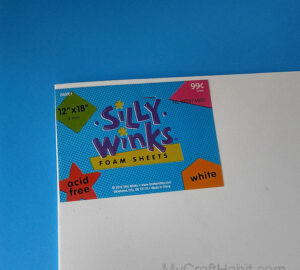 Now I sewed this all by hand so it is not always straight or matched up in the right places. If you look at the mask straight on you can see the centerpiece is crooked. That is why all these pictures are in profile.

I only deviated from the pattern with the eye pieces. My daughter got a pair of costume goggles from the Spirit Halloween store link to those here: Steam Punk Goggles. and she really liked the steampunk look of them so I have to make it work with the existing mask. I also had the added problem that my daughter wears glasses and can’t see a thing without them. The goggles gave me just enough room for her to wear her glasses under the mask. There was a lot of gentle carving with the Xacto knife, gluing and some cursing but I got the goggles affixed to the mask. 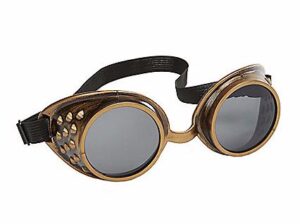 I pulled the belt buckle off of a ladies slim fashion belt and used it for the back. 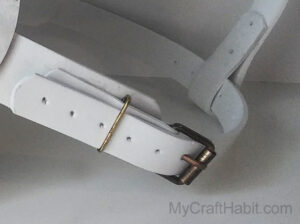 The rivets were a challenge for me. I didn’t want to add anything too heavy to the mask and I certainly didn’t have anything to do actual rivets with. So what I used may shock you #clickbait

GOOGLY EYES!  Yes!! I spray painted googly eyes gold and distressed them with some stippled black acrylic paint.  Then glued those bad boys on the mask.  It was funny because you could still hear the googly eyes rattle when she turned her head too fast. We all got a laugh out of it. 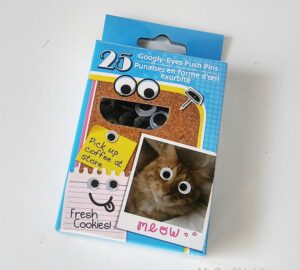 The hat was a lucky find at the Halloween store. It was called a “Farmers Hat” and it was perfect (Link to it here: Black Farmers Hat). We looked for a long long time to find a good hat for the costume. I was worried I was going to have to make it out of craft foam too!  Thankfully I didn’t have to.